Excerpt from How Kind People Get Tough

Chapter 7:-When Emotions Hold Us Hostage

Gareth and his son Ben had fallen out. Gareth hadn’t been around much when Ben was growing up, and for Ben, now twenty-two, there was a lot of hurt and pain from his childhood that had never been resolved. It had all culminated in a huge row three months earlier.

Emotions had run high, and now even though a few months had passed by, Gareth was still feeling very anxious about it. At the time, Ben, in a state of fury, had told his father that he never wanted to speak to him again. Gareth was at a loss as to what to do—would they ever be able to talk again? Every time Gareth thought about trying to contact Ben, he would feel panicky.

Ben’s birthday was coming up and he very much wanted to send him a card, but he was full of anxiety about what reaction he might get. ‘I keep going around in circles,’ he said. ‘One of the things he brought up was that I always forgot his birthday when he was growing up. I want to send a card now, but I’m not sure if he’ll take it the wrong way.’

To send a card would make Gareth vulnerable because it could invite even more anger from Ben. On the other hand, he didn’t want to not send a card. He couldn’t decide what to do.

Gareth was making a mistake that many of us make in these types of situations. Rather than simply asking a person how they feel, we try to second guess them because we’re trying to limit any potential upset. It’s far more effective to be transparent though.

‘Have you asked him how he’d take it if you sent a card?’ I hinted. Gareth sent the following email to Ben:

'I know we’re not speaking, and we have things to figure out. But your birthday is coming up and I’d really like to send you a card.

I don’t want to upset you. I’m worried that if I just send it, you may send it back, or rip it up, and that would hurt us both.

So, I thought I’d ask first. If I send you a card will you accept it in the goodwill it is meant? A temporary truce at least?'

Ben replied that he’d be pleased to get the card. It was a turning point. They still had their issues to work through, but by taking the courage to make himself vulnerable, Gareth had made a good step in the right direction—for them both.

It’s difficult to be courageous when emotions overwhelm us. Maybe you can relate to Gareth. Perhaps there’s been a time in your life where you had some challenging situation which led to your emotions taking control? Or maybe it’s experiences from childhood that cause overwhelming emotions to reappear in your current relationships.

Perhaps a challenging situation arises with someone, and you don’t agree with their point of view, or you feel disrespected in some way. You want to say something, to speak up and assert yourself, but you just can’t!

You notice your heart is pounding, your stomach is churning—maybe your palms are sweaty. If you do manage to say something, your words come out all garbled and your voice sounds high-pitched and squeaky.

These types of physical reactions are common to all of us. It’s to do with a part of the brain called the amygdala.

Your Amygdala is Trying to Protect You

You’ve maybe heard of the Fight or Flight Response. When we feel threatened in a situation (physically or emotionally), we either go into Fight Mode, getting angry and defensive, or we go into Flight Mode, withdrawing from the situation as soon as possible.

What’s less commonly known is Freeze Mode. When we go into Freeze Mode, we shut down. Have you ever been so stressed that you can’t remember the simplest of things? That’s Freeze Mode. It’s the same when you want to speak up and assert yourself, but your mind goes blank. It’s a perfectly natural neuro-biological event, and it’s the amygdala that’s causing it.

When we have an experience that we—often subconsciously—perceive to be threatening in some way, the amygdala goes into action to help protect us. It does this by making us feel strong emotions such as anger, fear, or confusion urging us to fight, run away, or freeze. 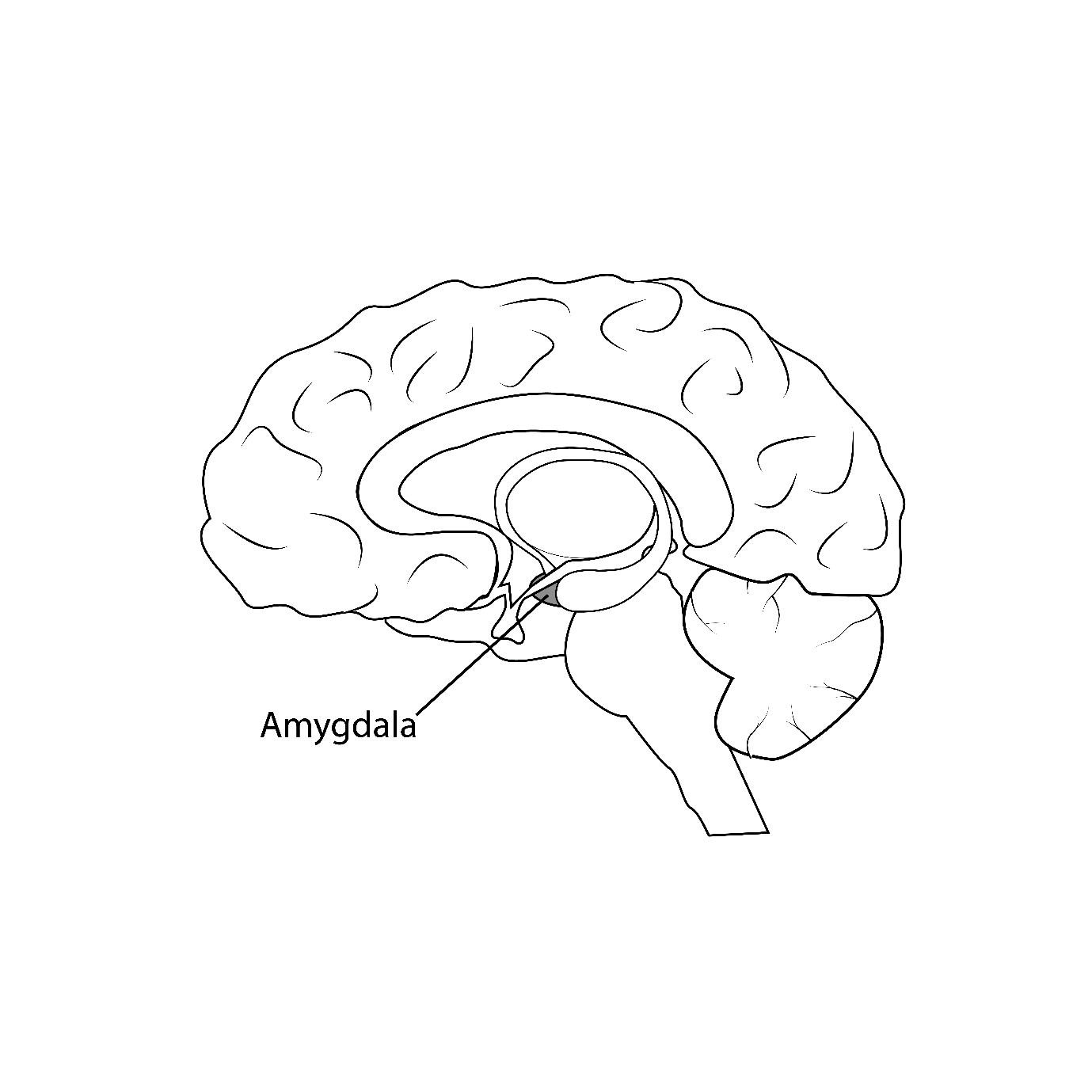 It’s great that this part of the brain wants to protect us, but it often acts in inappropriate ways for modern-day living.

Many thousands of years ago, when we lived in untamed environments where dangerous animals posed a threat to our survival, it was a good idea that emotions took over because it meant that we had a better chance of staying alive.

But today, the things that trigger our stress are completely different. It’s more about trying to manage complex relationships than sabre-toothed tigers chasing us down the high street! The problem is that the amygdala doesn’t know that this is the twenty-first century—and so it continues on, valiantly trying to protect us from this ‘danger’ by overwhelming our emotions and triggering our actions. It’s no wonder we find it so hard to be firm and speak our truth when emotions are overwhelming us. What’s needed is to get good at mastering those emotions.

In helping people learn to be more confident and speak up, I’ve seen that there are three common emotions which often cause problems for them. They are fear, guilt, and resentment.

Fear happens because we worry that in asserting ourselves, we’ll either invite conflict, or we’ll be rejected. Neither one is a good outcome. It’s fear that drives misguided kindness: we want to smooth things over and not have to worry.

Guilt can often happen when we’re considering being more assertive. It’s often about misplaced empathy: we don’t want to hurt someone’s feelings; we don’t want to be the baddie in the situation, so we hold back. I believe that on some deeply psychological level, we use guilt as a way of signalling to ourselves that we must be one of the good, kind, and caring people. After all we wouldn’t feel so bad if we didn’t care!

Resentment tends to come when we’ve already allowed a situation to happen. Maybe we’ve ignored someone’s disrespect, or not spoken up and said no. Later we are exasperated with ourselves, wishing we’d spoken up and possibly even blaming the other person for having ‘made us’ agree to something.

It’s useful to recognise that these emotions of fear, guilt, and resentment can never go hand in hand with assertiveness. To be confident and true to ourselves, we must operate from a place of adult, consciously considered responses. Given that human beings are often naturally emotional creatures, that can make it difficult. So we need to find ways to manage these emotions, rather than allowing them to creep up and hold us hostage.

Do remember though, that how you feel is always valid. If someone tells you that you shouldn’t be feeling the way you do, please don’t take that on board. Your feelings are your feelings—they are always valid for you. However, it may well be it’s the way you are reacting to the situation that is a little askew, and that’s probably what the person is really referring to.

It’s also important to remember that while none of us like to experience negative and overwhelming emotions, those emotions are there to help us. They are the signals of what is really going on. Sometimes we ignore things, but our emotions never lie—they’ll always tell us if we’re allowing others to mistreat us, or not treating ourselves very well. So it’s extremely important that we get good at listening to the messages our emotions send us.

But it’s not just about listening to the messages, it’s also about dealing with the emotions themselves. Think of it like this. If a messenger came to you and said, ‘Look, I just want to let you know that there’s an issue here. You need to work out this problem.’

Well, that would be a good thing. However, what if that messenger wouldn’t leave your side, and they kept pestering you and shouting, ‘Sort out your problem! Sort out your problem!’ That wouldn’t be so helpful! You wouldn’t be able to focus on finding a solution with all that racket going on! So, even though your emotions are wonderful messengers to alert you when change needs to happen, and it’s important that you acknowledge them, it’s also important to check if they are overwhelming you. If they are you need to find ways to send them on their way.

It’s Little Wonder that So Many of Us Struggle

I hope you've enjoyed this series of posts on why so many people find it hard to be assertive.  It's likely that you've resonated with much of what's been said.

It's little wonder that so many of us struggle to step into the light and be our authentic selves. Primal fears of being cast out of the tribe, individual experiences in childhood, unhelpful beliefs lodged in the subconscious, misplaced empathy and overwhelming emotions—all these make it hard for us to assert ourselves.

However with the right understanding tools and techniques we can easily overcome these blocks and create confident and secure relationships.

In this book you will learn how to:

Packed full of case studies, tools, tips, and techniques, the book also includes your free Online Companion Course to help you put those skills into practice.

Get Your Copy Here

Hi, I’m Marléne Rose Shaw; therapist, coach and self-help author. Thank you for dropping by. I have over 25 years experience in helping people gain confidence, overcome anxiety and create happier relationships. I work with clients internationally via Zoom and also locally in Paphos, Cyprus. To find out more about how I can help, please click the link below.

Panic Attacks in Supermarkets? You Can Overcome It

How to Stop Feeling Bad About the Mistakes You Make 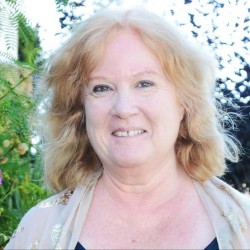 Thank you for dropping by.

I have over 25 years experience in helping people gain confidence, overcome anxiety and create happier relationships.

I work with clients internationally via Zoom and also locally in Paphos, Cyprus. To find out more about how I can help, please click the link below.