When a client first comes to me for help, it’s not unusual for them to be feeling like a victim. Maybe they’re being disrespected or taken for granted, by friends, family or at work.

It's only natural to feel like a victim when we feel disempowered by others.

It’s also only natural to get angry and defensive toward those people - and to seek out someone to rescue us from the situation.

With these different feelings going on, and trying to manage the situation we can so easily get caught up in what’s known as a Drama Triangle.

The Drama Triangle model was first developed by the psychiatrist Stephen Karpman in the 1960s and is still very popular in modern-day therapy.

Drama Triangles describe a situation where people take on certain roles; each person reinforcing unhelpful behaviours in the other - so it goes on and on in a cycle.

In a Drama Triangle, there are three roles.

Here’s a typical example of a Drama Triangle being played out. It’s a case study from my very popular book about confidence and assertiveness: How Kind People Get Tough.

David, and his wife, and son, had become caught up in an unhealthy pattern.

David was an easy going sort of person who loved his wife and his son dearly. However, his wife and son didn't always get on with each other very well.

The three of them were caught up in a Drama Triangle.  Although this tends to happen in groups of three people, it's not always the case. It's helpful to note that it can happen between two people or even a larger group. That's because it's more about three roles being played out than the number of people involved.

When David's son complained about his mother he was taking on the role of Victim, making her the Persecutor and expecting his father to be the Rescuer.

When his wife complained about their son she was taking on the role of Victim making their son the Persecutor and again making David the Rescuer.

David feeling overwhelmed by all this was feeling like the Victim. Then, when David became frustrated and snapped back at either one of them, he himself would become the Persecutor.

Plus, he told me, at times even though they didn’t get on, they would rescue each other when he snapped at them!

And so they continued going around and around in these roles, unhappy and with nothing ever changing.

The thing to remember is that we all get caught up in Drama Triangles from time to time. It's not about one person being the 'baddie', and the others being good.

It's simply a psychological drama that gets played out between people, with each role reinforcing the other.

How To Break Out of a Drama Triangle

There are two parts to breaking out of a Drama Triangle. The first is to recognise you're in one.

You can recognise this by what's happening in your relationships. If you feel like a victim, or that you have to rush in and save someone, or you keep being cast as the bad person- then its likely you're caught up in a Drama Triangle.

Some common signs can be:

If this is happening in any of your relationships it's a good idea to step back and consider how these roles may be at play, and how you may be reinforcing them.

Even this simple act of recognition will give you an opportunity to consider how you could think and behave differently.

But please don't judge yourself if you realise you're in a Drama Triangle, Most of us have this experience in different relationships from time to time.

Another very positive thing you can do is  is to understand these roles from a heart-centred perspective.

When we take the heart-centred approach we're able to acknowledge whats really going on under the surface. We can see where the other person is coming from, understand ourselves better and connect at a more loving level.

Here are some examples.

The Persecutor role - often feels out of control and disempowered by others.

Heart-centred approach – acknowledge the need to control and find more appropriate ways to manage difficult situations. Work on self-confidence so that control becomes less of an issue

Heart-centred approach- seek support to help make changes rather than expecting to be rescued by another. Take responsibility for one’s own feelings.

The Rescuer role – really wants to help but confuses rescuing people with supporting them.

The next time you find yourself in a familiar and unhappy situation in a relationship, pause and consider if you could possibly be caught up in a Drama Triangle.  It's very likely that the answer will be yes as its a common experience.

The good news is that once we recognise what's going on we can step out of it. Then we can make changes for the better and actually improve the relationship tremendously - often making it better than it ever was.

Follow the above guidance and you'll soon see a change for the better!

And as always to my lovely community, much kind love 🙂

If you want to break the people-pleasing habit, simply wishing you could stop it won't make a difference

In order to overcome it you need to know your own personal People-Pleaser Profile.

That is the specific people-pleasing behaviours that you'd most benefit from working on.


That's why I've developed this quiz for you.

Based on over 25 years helping people speak up, be more confident and have happier relationships, this quiz will help you identify the specific areas in which you can personally make changes to help you stop people-pleasing.

One Powerful Question That Will Guide You Through Life

3 Ways To Get Much Better At Saying No 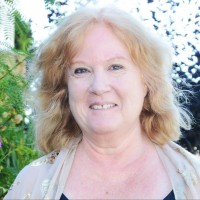 I have over 25 years experience in helping people gain confidence, overcome anxiety and create happier relationships.

If you’re thinking about having some sessions you’d probably like to get to know me first :-) That’s why I offer a free 30-minute consultation.

Click the link to find out more and set up your free appointment.

Get Your Love and Wisdom Tips

For More Confidence and Happier Relationships